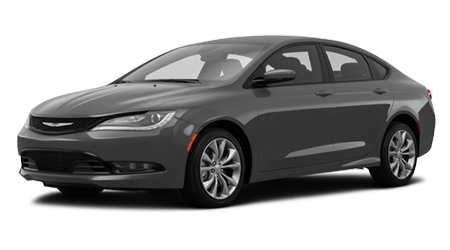 Cutter Chrysler Jeep Dodge is proud to offer Pearl City drivers a vast selection of all of today's best Chrysler cars, including the incredibly attractive and wholly redesigned 2015 Chrysler 200, which looks amazing zipping down both windward and leeward streets throughout Oahu.

With this total redesign, the Chrysler 200 sets the bar much, much higher for the mid-size sedan class. The Chrysler team went over the new 200 with a fine tooth comb, and their patience paid off as all four available Chrysler 200 trims—the LX, Limited, S, and C—are a sight to behold.

Working from the outside in, the new 2015 Chrysler 200 shows off a much sportier look—in fact, it's downright coupe-esque—and the new 200's enhanced aerodynamics will be of special value to Oahu's windward drivers, who need as little wind-resistance as possible.

Standard equipment? The new 200 has it in spades. Here's a quick run-down of some features that make an appearance with this model year:

Other standards at higher trims include, but are not limited to:

Safety features for the new 200 include all the usual suspects like a full complimentary of airbags, traction control, stability control, anti-lock brakes, as well as optional features like lane departure warnings, rearview camera, and blind spot monitoring.
Cutter has been doing business with both leeward and windward Oahu Chrysler, Dodge, and Jeep drivers since the mid 1970s, and we look forward to continue serving Pearl City, Pearl Harbor, Oahu and Honolulu County for many more years to come. Visit our showroom, or schedule a test drive for the new Chrysler 200 now.

In the meantime, be sure to check out the Cutter Auto YouTube channel featuring videos that offer you an insider's look into the new Chrysler 200, or drop by the Cutter Blog for community information for events and happenings around Oahu.